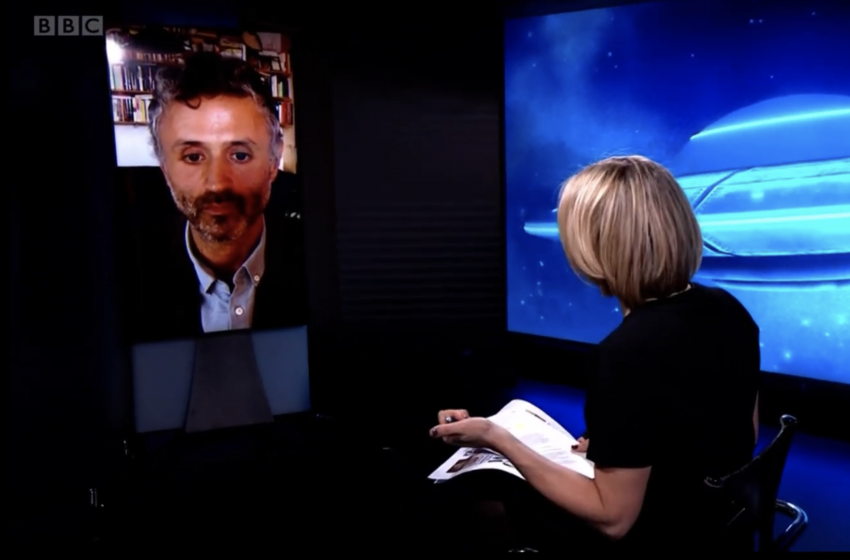 BBC Newsnight explores the current state of the UAP conversation through an interview with Gideon Lewis-Kraus, who wrote the recent exhaustive UAP piece for the New Yorker.

The piece, which suggests that the UAP phenomenom is part of a U.S. intelligence failure, touches on predicatble topics, including the leaked Navy videos, the upcoming UAP Task Force report and the growing buzz around the topic.

Lewis-Kraus says that the perspective on this issue has been shifting since the publication of the New York Times stories, and that the credibility of this issue has risen until there is a kind of fever pitch of media attention, with the expectation that the upcoming report will include dramatic revelations.

Lewis-Kraus mentions that we are entering a new era of possible drone warfare and we need better reporting and the acceptance of reports of unexplained activity.

Finally, and perhaps too optimistically, Lewis-Kraus mentions that there is bipartisan interest in the issue, and that it has not become politicized, and that this might provide a bridge to a divided nation.