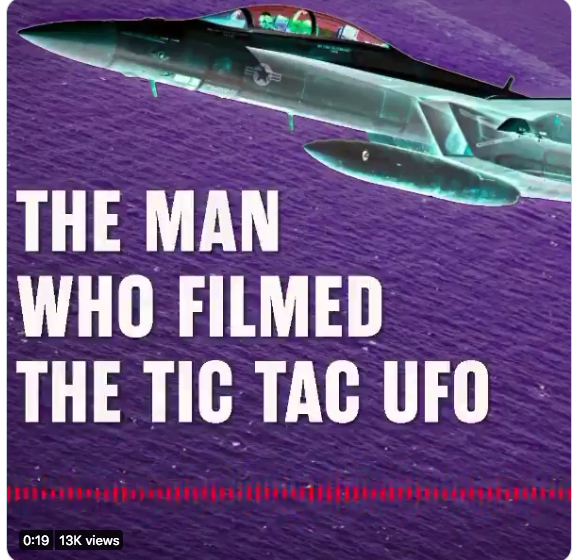 Leading UFO investigator and editor of Extraordinary Beliefs, Jeremy Corbell, has edited together a first-person audio account from U.S. Navy pilot Chad Underwood on the Tic Tac UAP from the November 2004 Nimitz Encounters.

“Aircraft have very, very specific infrared signatures. You cannot mistake it, whether it is a 737, another F-18 or an enemy aircraft, there are key features on that infrared that identify it as an aircraft. This [the Tic Tac] is not conventional aircraft, or U.S. military. It’s not a civilian airliner, not a helicopter. It’s certainly not a bird.

“This is not a conventional aircraft. This is something different.”