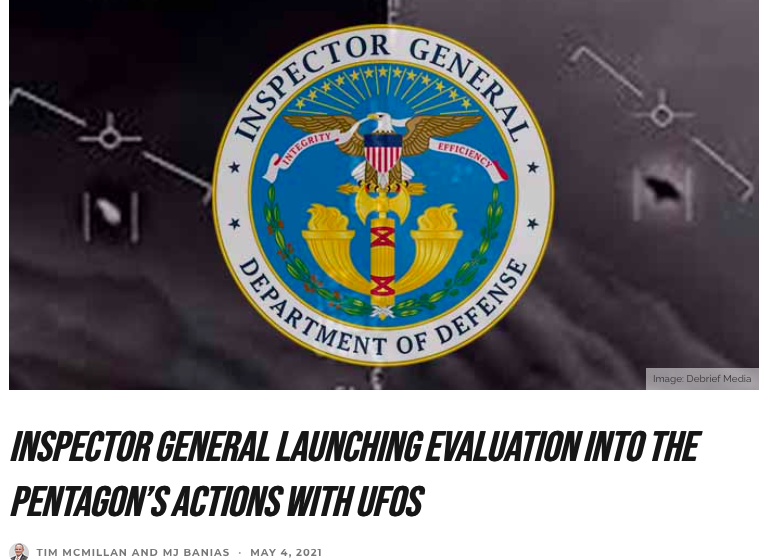 The Debrief reports that the Department of Defense, through the Office of the Inspector General, has launched an investigation to determine what actions the Pentagon has taken to address unidentified aerial phenomena.

The Office of the Inspector General, which investigates wrongdoing and evaluates how the Pentagon is managing sensitive issues, issued a memo stating the intent to begin an evaluation in May.

Christopher Mellon, former Deputy Assistant Secretary of Defense for Intelligence, has led the effort to prompt action on UAPs by Congress. Mellon, whom some suspect may have been involved in the effort to initiate the investigation, spoke to the Debrief.

“You are looking at how is it possible that restricted military airspace is being routinely violated for months and years and nobody is informed in the Defense Department or the Congress and there is a complete system breakdown,” Mellon said. “That’s a valid thing for them to investigate.”