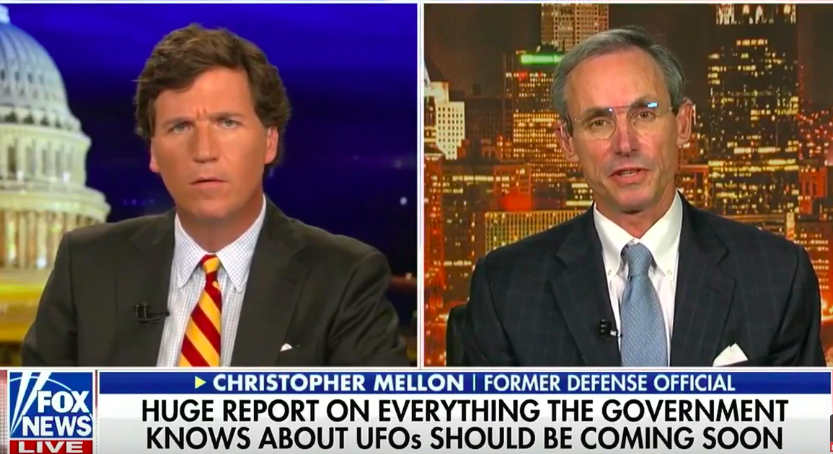 Christopher Mellon is the former Deputy Assistant Secretary of Defense for Intelligence during the Clinton and George W. Bush administrations. He also served as Staff Director of the United States Senate Select Committee on Intelligence.

Mellon was a private equity investor in To The Stars Academy, for which he most recently served as national security affairs adviser. He left the organization in December 2020 when it shifted its focus from UFO-related science and technology to entertainment. While at TTSA, Mellon assisted in production of Unidentified: Inside America’s UFO Investigation, in which he was featured. He also appears in The Phenomenon, a 2020 documentary on UFOs directed by James Fox.

Mellon, who was involved in the release of the videos that led to blockbuster stories in The New York Times, has dedicated himself to identifying the source of the unidentified crafts repeatedly violating United States airspace. In addition to his role as a public advocate for disclosure Mellon is acknowledged as an adept force behind the scenes, influencing government officials and media narratives.

Mellon earned a Bachelor of Arts degree in economics from Colby College, and a Masters degree in international relations from Yale University. He is the great-grandson of William Larimer Mellon, co-founder of Gulf Oil, and great-great-grandson of Thomas Mellon, who founded Mellon Bank.

Mellon has authored more than a dozen articles on public policy and has received numerous awards, including the National Reconnaissance Office Gold Medal; the DIA Director’s Medal, and the Secretary of Defense Exceptional Public Service Award.