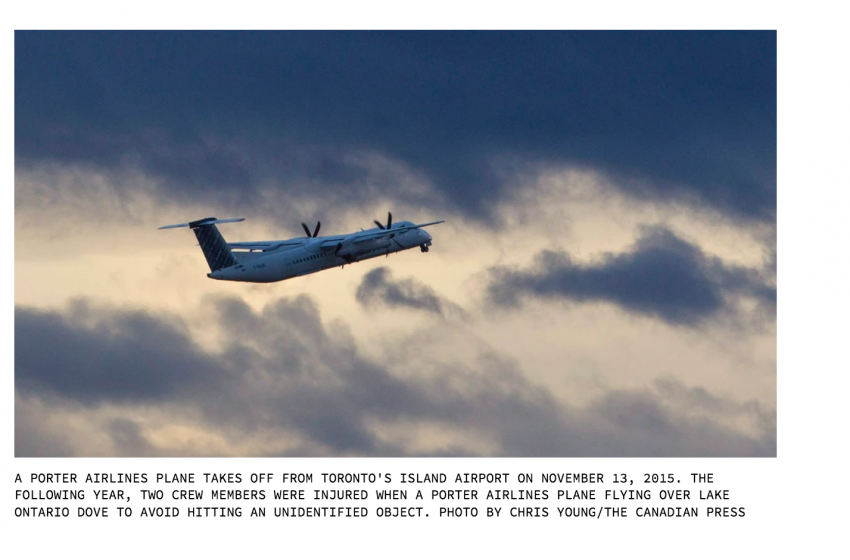 A WestJet flight in British Columbia reported a January 10, 2015, encounter near Saskatchewan, in which multiple aircraft reported a “very large object with a small white light in the middle, surrounded by a halo” descending from 41,000 feet. Another Westjet fight reported “a bright, white strobe-type light” above them on March 16, 2017.

An Air Canada Express flight over Lake Ontario on May 30, 2016, reported “an unidentified flying object, round in shape, flying at an approximate speed of 300kts,” (more than 550 km/h). Two crew members were injured when a plane rapidly descended to avoid hitting an object “shaped like an upright doughnut or inner tube.”

On January 6, 2019, a Vanguard Air Care crew over Manitoba reported that “an inexplicable bright light followed them… at the same altitude and speed.”

The piece touches on the stigma associated with reporting UFOs and suggest this limits the number of formal reports. “Pilots are probably not reporting about 90 per cent of the things they’re seeing, because they know it could have lengthy career implications,” said former Royal Canadian Air Force (RCAF) pilot John Williams.