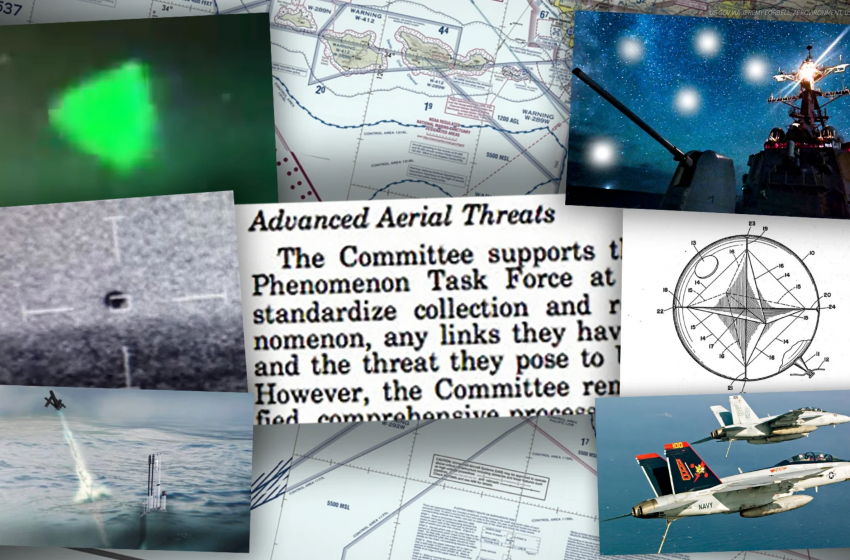 The War Zone, which has been a leader in the UFO and UAP dialogue during the past several years, has released a piece arguing that the recent unexplained sightings involve technology from global adversaries that are using “relatively simple technologies—drones and balloons—and making off with what could be the biggest intelligence haul of a generation.”

Reporter Tyler Rogaway states that the “strategic implications of these bold operations, which have been happening for years, undeterred, are absolutely massive.”

Specifically, The War Zone states that the UFO/UAP incidents over the past decade are foreign adversaries using unmanned aerial vehicle technology to spy on U.S. military capabilities.

Rogoway states: “the evidence is compelling that many of the bizarre encounters with mysterious objects in the sky as of late, and especially those that the U.S. military is experiencing, emanate from peer-state competitors, not another dimension or another solar system….”

He says the incidents “highlight an alarming new capability set and tactics that seem to have been allowed to be exploited with little response for years while the Pentagon scratched its head and shrugged, or even worse, turned largely a blind eye toward it.”

Rogaway states that drones and balloons have purposefully engaged America’s most advanced air defense systems to collect electronic intelligence data, such as radar emissions and datalink communications, enabling our adversaries to develop countermeasures and electronic warfare tactics to counter our technology.

The piece states that the military has been warned on this threat for years and has not responded, and that the Defense Department is “playing catch-up” domestically and overseas on the drone threat, which is “one of the Pentagon’s biggest strategic missteps of our time.”

The War Zone argues that the inaction by the Pentagon and the stigma surrounding UFOs has paralyzed our defense infrastructure, endangering our safety and the integrity of our military technologies.  The cultural taboos that the military has constructed around UFOs has led to a massive failure in military intelligence.

Luis Elizondo, former director of the Department of Defense’s Advanced Aerospace Threat Identification Program, stated in response on Twitter: “Drones? In some cases, most certainly yes. In other cases, absolutely not. It is for this precise reason why we need a well-funded and enduring capability to collect, analyze and determine the exact nature of these things. It is here, it is real, and it is now.”