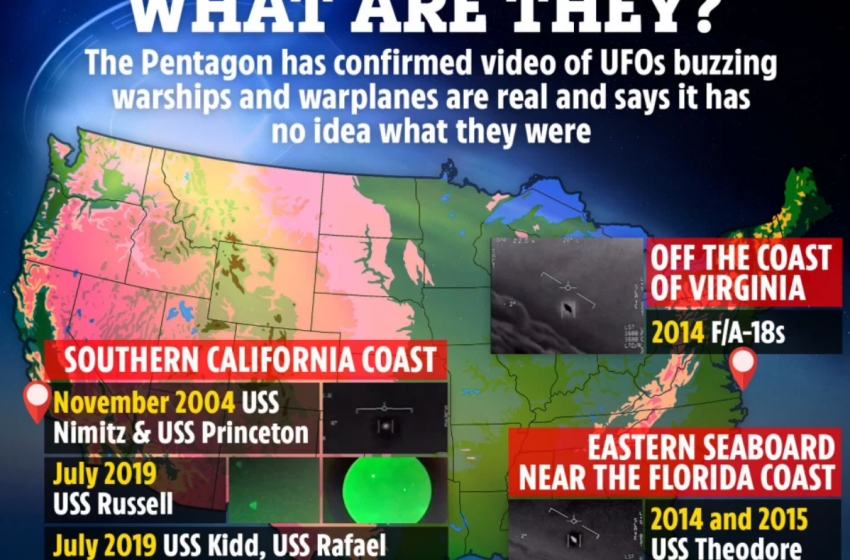 UFO expert Nick Pope, who has investigated UFOs on behalf of the UK Ministry of Defence, stated that the flashing pyramid-shaped objects swarming a group of U.S. warships in 2019 could have been Russian or Chinese hypersonic drones.

Photos and videos of the 2019 incidents were leaked to filmmaker Jeremy Corbell and later confirmed by the Pentagon as authentic. Admiral Michael Gilday, chief of naval operations for the United States, stated that the origin of the drones has not been confirmed.

The full story is here at the US Sun.