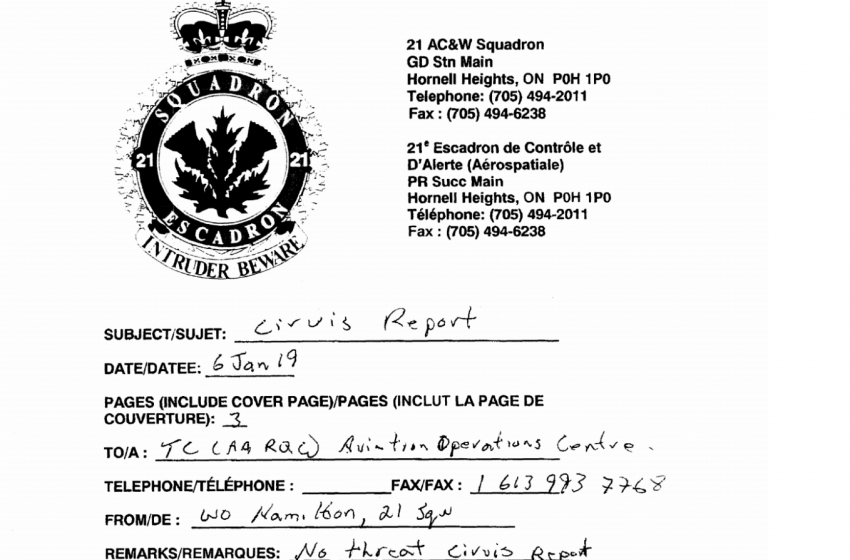 A recently released intelligence report confirms that the Canadian military is officially documenting unidentified aerial phenomena. This news parallels the 2017 report in The New York Times that the United States has a UFO-tracking program in place.

An aviation incident report released after the submission of an access-to-information request reports that a medical transport flight over northern Manitoba “reported that an inexplicable bright light followed them… at the same altitude and speed” as they flew at 425 km/h at 7,500 feet on Jan. 6, 2019. The report describes a “light moving parallel” to the twin-turboprop plane for three minutes.

The full Vice News story on the new report is available here.