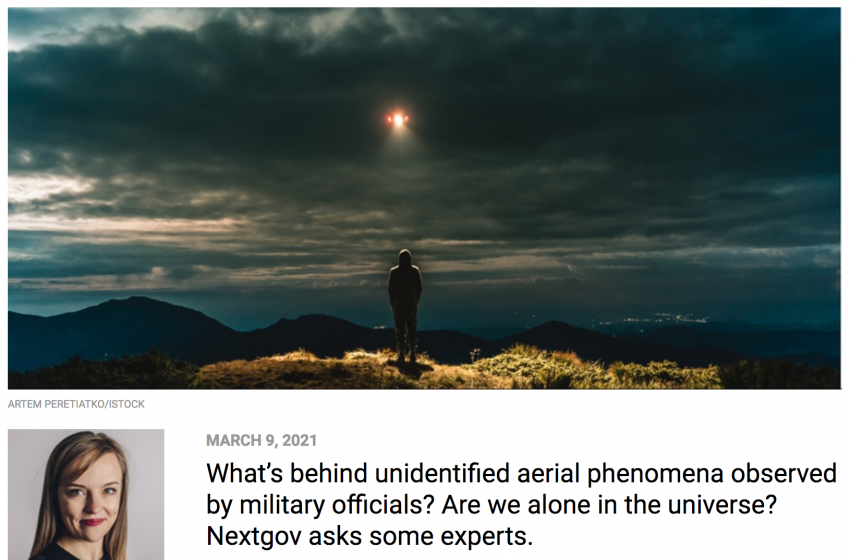 “In the past, pilots were afraid to report these strange things happening—for fear it would affect their advancement in the officer corps,” said Reid, who pushed for the creation of the Advanced Aerospace Threat Identification Program.  That program, which studied UFOs, has been replaced with the Unidentified Aerial Phenomena Task Force.

Dr. Joseph Pesce with the National Science Foundation’s division of astronomical sciences said: “Space travel is difficult—for many reasons,” he said. Still, Pesce later added, “I’m not arrogant enough to think that we know everything about nature and the universe, and the laws of nature.”