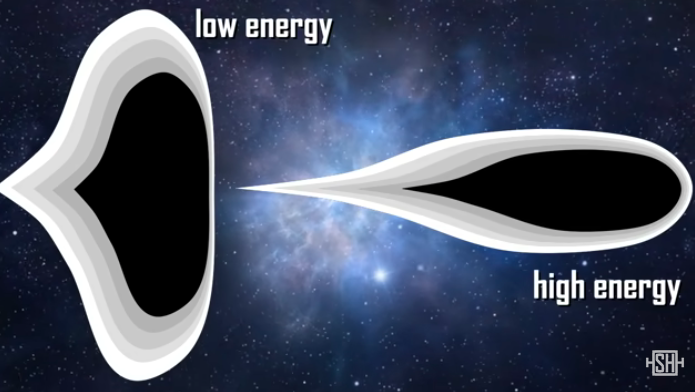 Applied Physics, an independent group of scientists, engineers, and inventors that advises companies and governments on science and technology, announced that it has constructed the first model of a physical warp drive. The peer-reviewed journal, Classical and Quantum Gravity, published the findings.

Applied Physics, which seeks to advance technology for both humanitarian and commercial applications, made the announcement after completing a study on the so-called “warp drive” — a staple sci fi concept that previously could not function in reality — in cooperation with top researchers in warp field mechanics, including Mexican theoretical physicist Miguel Alcubierre, who has proposed the Alcubierre Drive.

Under Alcubierre’s concept, a spacecraft could achieve apparent faster-than-light speeds if scientists could create a configurable energy-density field lower than that of the vacuum — effectively negative mass. Rather than exceeding light speed within a local frame of reference, a craft would travel across space by contracting space in front of the craft and expanding space behind it. The effective result would be faster-than-light travel.

While a craft cannot accelerate to light speed in normal spacetime, it could, in Alcubierre’s thinking, shift space around it so that it would reach its destination more quickly than light would in normal space. Critically, this concept would comply with accepted laws related to the speed of light. However. Creating a drive of this sort has confounded physicists as it implies a negative energy density.

“Many people in the field of science are aware of the Alcubierre Drive and believe that warp drives are unphysical because of the need for negative energy,” said Alexey Bobric, Lund University Astrophysicist and Scientist at Applied Physics. “Our research has shown there are actually several other classes of warp drives in general relativity. In particular, we have formulated new classes of warp drive solutions that do not require negative energy and, thus, become physical.”

Dr. Sabine Hossenfelder explains the geometry of Applied Physics’ conception of a warp drive as a bubble with a “passenger area” region inside in which space time is flat with no gravitational forces. The warp drive has wall of material around this. The outside region has the gravitational field of the warp drive itself, but the gravitational field falls off, and in the far distance there is normal, flat spacetime. In this concept, the passage of time inside the passenger area can be different from that outside of it, which would be required if you want to move an object faster than the speed of light. You do not break the speed of light for the passengers relative to spacetime. Instead, the passengers move normally in the bubble while the bubble moves faster than the speed of light. This leaves open numerous questions. What does the wall have to be made of to accomplish this — is it a physically possible distribution of mass and energy? Issues related to negative energy and feeding energy and momentum into the system also remain unclear.

According to the Applied Physics fact sheet, “The original Alcubierre drive is criticized by the physics community because it requires too much mass, negative energy, had issues with quantum evaporation, superluminal velocities, and a bevy of other reasons why humanity would never construct warp based propulsion systems.

“We have shown that all the critiques of the famous Alcubierre Drive are irrelevant because there are a variety of other warp drives that are physical…. Applied Physics has shown that warp field mechanics is … a viable and physical science.”

Gianni Martire, a scientist at Applied Physics, said: “While we still can’t break the speed of light, we don’t need to in order to become an interstellar species. Our warp drive research has the potential to unite us all.”

NASA has been attempting to develop physical warp drives at the Johnson Space Center’s Eagleworks Laboratories in Houston TX since 2012 without significant success.

Applied Physics maintains offices in Sweden, and operates as a Public Benefit Company in the United States. The organization is wholly independent of any academic or government entity, enabling it to pursue research solely for the public good.

The Alcubierre warp drive is an exotic solution in general relativity. It allows for superluminal travel at the cost of enormous amounts of matter with negative mass density. For this reason, the Alcubierre warp drive has been widely considered unphysical. In this study, we develop a model of a general warp drive spacetime in classical relativity that encloses all existing warp drive definitions and allows for new metrics without the most serious issues present in the Alcubierre solution. We present the first general model for subliminal positive-energy, spherically symmetric warp drives; construct superluminal warp-drive solutions which satisfy quantum inequalities; provide optimizations for the Alcubierre metric that decrease the negative energy requirements by two orders of magnitude; and introduce a warp drive spacetime in which space capacity and the rate of time can be chosen in a controlled manner. Conceptually, we demonstrate that any warp drive, including the Alcubierre drive, is a shell of regular or exotic material moving inertially with a certain velocity. Therefore, any warp drive requires propulsion. We show that a class of subluminal, spherically symmetric warp drive spacetimes, at least in principle, can be constructed based on the physical principles known to humanity today.