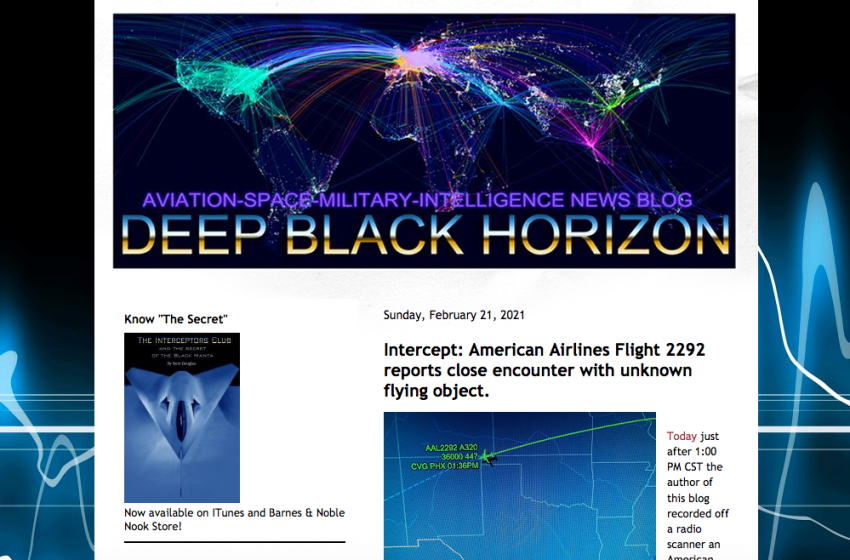 An American Airlines pilot flying an Airbus A320 at 36,000 feet over New Mexico reported that a cylinder-shaped unidentified aerial vehicle flew over the plane at a very high speed at approximately 1 pm CST on February 21, 2021. The audio of the report to Albuquerque Air Route Traffic Control Center was intercepted by Steve Douglass, of Deep Black Horizon, an aviation, space, military-intelligence blog. The incident was then reported by The War Zone, which reviewed the audio and sought confirmation.

American Airlines confirmed to The War Zone that the audio was authentic and indicated that it had alerted the FBI to the incident. The text of the audio recording is as follows: “Do you have any targets up here?  We just had something go right over the top of us – I hate to say this but it looked like a long cylindrical object that almost looked like a cruise missile type of thing – moving really fast right over the top of us.”