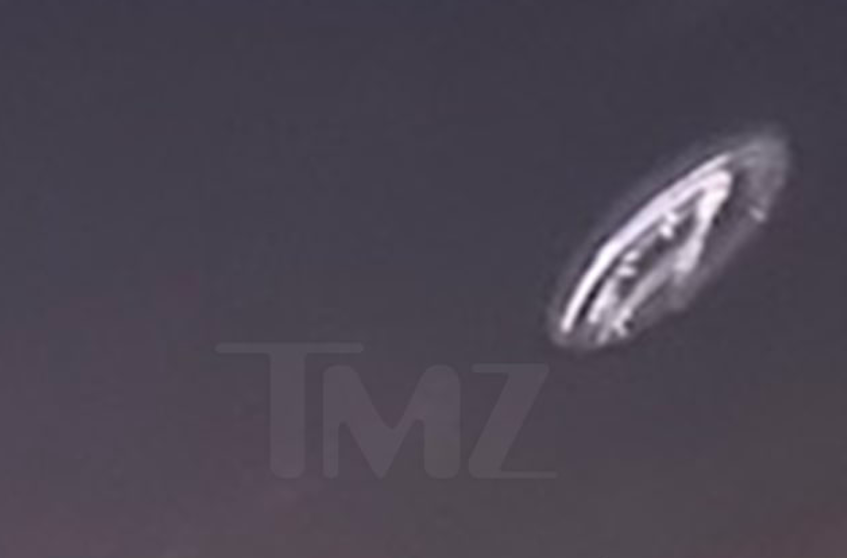 TMZ reported an unverified UFO sighting that occurred on the evening of Saturday, January 23, 2021, on 101 Freeway near Thousand Oaks in Los Angeles. The eyewitness saw an unidentified aerial craft and several lights moving south as she was. The eyewitness used her cell phone to take three photos of the object, which was titled slightly, and which quickly disappeared. The images show an oblong light that resembles a vintage cinematic portrayal of alien craft. TMZ examined the photos with an individual experienced photoshop and concluded that they did not appear to be altered. Link to story here.