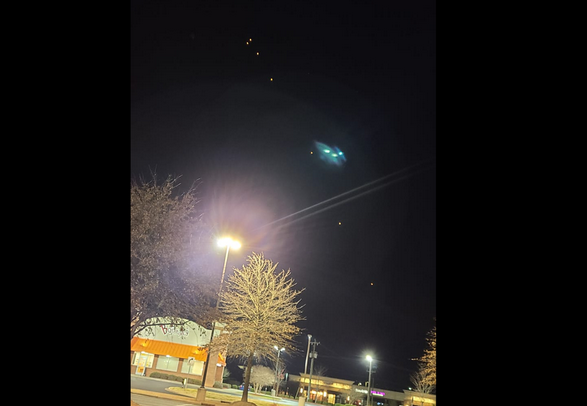 An unverified UFO sighting occurred near Charlotte, NC, this past weekend with multiple people reporting a string of lights in Union County southeast of Charlotte. People suggested that the sightings could have been flares, lanterns, helicopters or drones. Others in Union County have seen odd lights recently, including triangle-shaped lights hovering with no sound.

Charlotte resident Alisa Homewood was among eyewitness who reported the string of lights.

The photos she posted on Facebook show lights over North Carolina’s Indian Trail southeast of Charlotte. Her post asked: “Anyone know what these lights were tonight? No sound at all. They flickered like lanterns, but followed the same exact path up until they disappeared which was odd.”

Homewood said the lights could have been Chinese lanterns, and declined to say definitively whether she thought they were aliens, lanterns, or a trick of light.