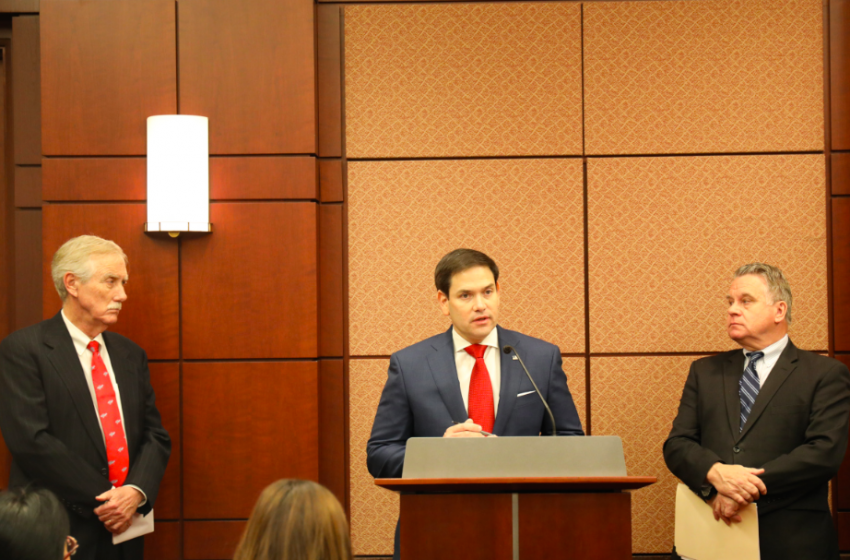 United States lawmakers, as part of the $2.3 trillion omnibus appropriations legislation, which includes the Intelligence Authorization Act for Fiscal 2021, have demanded information from U.S. intelligence agencies and the Defense Department on unidentified aerial phenomena, or UFOs.

United States Senator Marco Rubio, Chair of the Senate Intelligence Chairman, introduced the bill in June 2020 and the Senate passed the legislation in July. The Defense Department must provide a report on the collected data 180 days from the bill’s passage, or at the beginning of June 2021. The report will be unclassified, with a classified supplement.

The bill stated that there is “no unified, comprehensive process within the federal government for collecting and analyzing intelligence on unidentified aerial phenomena, despite the potential threat.” The bill asks for any UAP data collected with geospatial intelligence, signals intelligence, human intelligence, or measurement and signature intelligence across all government agencies.

The data dump request follows a period of three years when important government legislators have received briefings about confirmed encounters between the U.S. military and UAPs, notably the USS Nimitz encounters, as well as other incidents in which pilots have confirmed seeing, sometimes via infrared radar, objects that can move at speeds far beyond our capability and which can traverse both air and water.

Rubio has repeatedly stated that this is a serious matter to him and his fellow lawmakers. In September, Rubio stated to online paranormal news source Mystery Wire: “This is a very simple equation for me. There are things flying over our military installations. We don’t know what they are or where they’re from. We don’t know if it’s some other country that’s doing it and we need to know the answer to that question, simple.”