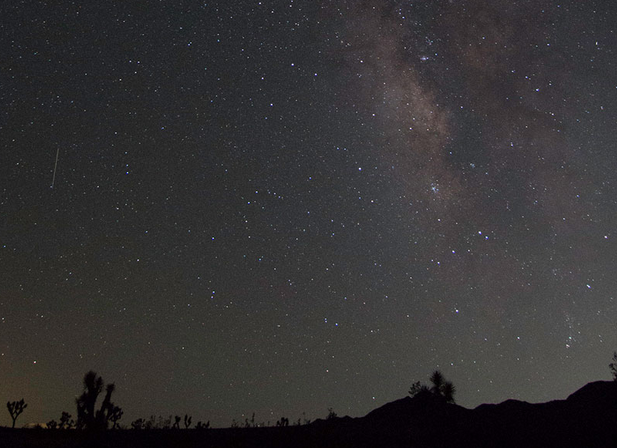 The confirmed presence of aliens on earth, or actual extraterrestrial contact, would impact religion, science, technology, politics and world order. Most notably, it would have a direct and powerful effect on individuals’ sense of self and well-being. Of course, the power of this impact would depend on the type of contact, or confirmation, its immediacy and whether or not it directly impacts our way of life. In fact, there is such a wide range of possible contact – confirmed sighting, sighting with communication, actual contact or physical interaction – that it is difficult to speculate with any precision on the specific ramifications without details.

Many people, especially in our current cultural moment, may believe the news to be a conspiracy, dismissing the facts unless there was a direct, personal impact to their lives. Even a highly documented interaction might be subject to claims of fraud, as was the moon landing. Disbelief notwithstanding, the most powerful impact would be a threat to safety. Anyone who has read The Dark Forest from Cixin Liu’s Three-Body Problem series will remember the Chains of Suspicion axiom. If a civilization becomes aware of another alien civilization, it must immediately determine whether it is friendly, or whether it is a threat. Both civilizations are left to guess each other’s intent.  You can’t assume the civilization is friendly and they cannot assume that about you. Nor can you be sure of what the other civilization thinks about what you are thinking.

Here is Liu’s takeaway: “The universe is a dark forest. Every civilization is an armed hunter stalking through the trees like a ghost, gently pushing aside branches that block the path and trying to tread without sound. Even breathing is done with care. The hunter has to be careful, because everywhere in the forest are stealthy hunters like him. If he finds another life — another hunter, angel, or a demon, a delicate infant to tottering old man, a fairy or demigod — there’s only one thing he can do: open fire and eliminate them.”

The only course of action, according to this line of thinking, is to attack. Unfortunately for us, it is safe to assume that our technological achievement would be eclipsed by that of almost any exogenous life with which we would interact, especially if it is already on earth. If this alien life was hostile to us there would be little we could do. So, for sake of this thought exercise — intended to explore human psychology — we will assume that the possible alien visitors are friendly. In this case, the threat is existential to the individual psyche, but not to the future of the species.

The so-called Rio Scale was developed to consider the relevant factors of possible extraterrestrial life forms and the types of possible contact, thereby allowing a more detailed assessment of the impact of this event. The scale incorporates the method of communication, the content of communication, and whether the contact was direct or discovered accidentally. Obviously, if the extraterrestrial contact is confirmed and authentic, and if the level of confidence in this is high, the impact of the contact is much greater. Another element that would powerfully affect the impact of confirmed presence is the physical distance between earth and that alien life. Humans would likely perceive a lesser threat to earth, humanity and to our individual sense of self if the aliens were far distant in the universe. If, on the other hand, the recent UFO sightings from the USS Nimitz/USS Princeton lead to the release of confirmed information on exogenous life on earth there would be no separation between the two cultures: the aliens would be on earth already, fully established, essentially operating in plain sight without concern for detection or hostile action. This type of confirmation could be highly disruptive, causing significant turmoil. As Dr. Michael Schetsche writes in his 2005 Astrosociology piece, SETI (Search for Extraterrestrial Intelligence) and the Consequences: Futurological Reflections on the Confrontation of Mankind with an Extraterrestrial Civilization: “The closer to earth such a physical contact occurs, the more negative will be the psychological and social consequences.”

The confirmation of exogenous life on earth could create significant conflict with religious doctrines and beliefs, possibly causing some to abandon their religion, or to treat with religious fervor the very aliens that have been discovered. In 2,000, a survey of university students revealed, perhaps not surprisingly, that those with more conservative religious convictions believed extraterrestrial contact to be more problematic. It is most likely that people would grow closer to their religions if aliens were confirmed. Theologians and religious leaders might reinterpret scriptures to incorporate evidence of new life. In fact, investigation reveals that religious leaders, for their part, are largely unconcerned that the confirmation of alien life would contradict the views of their flocks. Notably, the Catholic Church actually has stated that it would warmly welcome, extraterrestrial life.

Despite this insousiance, it is possible that the incontrovertible confirmation of alien life nearby, or on earth, would significantly impact religion. Most non-religious people, with a small minority of believers, think that humans would experience some level of crisis. Alien confirmation might most dramatically affect western religions which rely on a geocentric and anthropocentric view of reality. However, extraterrestrial life does not conflict with the generally held idea of God. One other possibility – perhaps fanciful – is that that confirmation of extraterrestrial intelligence might end individual religions lead to an all-encompassing faith.

In 1953, the Robertson Panel predicted mass hysteria in the event of alien confirmation, and a more recent national survey found that a quarter of American respondents thought that panic would be widespread. One group of researchers conducted empirical studies examining the psychological reactions of confirmed contact using Linguistic Inquiry and Word Count text analysis software, which analyzed language use in media coverage of similar past announcements of this nature. Remarkably, reactions were significantly more positive than negative. This would indicate that our reaction to a possible future confirmation of exogenous life, either in the distance, or in the Pacific Ocean, could be fairly positive unless there is direct initial evidence of a threat.

One thing is for certain. If there was confirmation of alien presence on earth, media coverage would spike. The news would enthrall the world, but it might soon level off unless there was some significant threat, or change to our way of life. Governments would make new policies, laws and procedures, and there could be national and international struggle as a result. Which nations and which individuals have the right to represent humanity? Is it government or religious entities, military or science that leads the way? Perhaps this kind of event would create a moment of harmony and international unity (perhaps).

Initial reaction would include global excitement and exhilaration, concern, disorientation and existential doubt. Ironically, the spread of the global COVID-19 pandemic and the broad-based and radical disruption of our way or life, might provide a parallel for how we would respond. During COVID, we were placed in a subordinate position to scientists and elected officials, from whom we must take guidance. We have been asked to place the interests of society over our own. That has not gone so well, so it is difficult to anticipate selflessness in the event of alien confirmation. Another parallel to the arrival of extraterrestrials is the arrival in North America of early European settlers, who quickly took control, dominated cultures and spread disease, upending centuries of culture in a few short years. Unfortunately, we would be the native North Americans in this case, and that is certain to create some anxiety.

Given all this, what should our posture and approach be if our species ever were to have confirmation of alien presence? As outlined in Wikipedia, John Billingham, in “SETI Post-Detection Protocols: What Do You Do After Detecting a Signal?” organized protocols for action by scientists and governments in the event of contact. These include a range of items, from response in the immediate aftermath of contact to the long-term consequences. Likewise, the SETI Permanent Committee of the International Academy of Atronautics established the “Declaration of Principles for Activities Following the Detection of Extraterrestrial Intelligence.” This was endorsed by a host of organizations and researchers, including the SETI Institute. (To be clear, this exercise does not address a situation in which the aliens are fully established on earth without our previous knowledge, as many speculate may be the case with the recent Tic-Tac UAPs that disappear into the ocean.)

Among highlights of the IAA principals:

Any person or organization detecting a signal should try to verify that it is likely to be of intelligent origin before announcing it.

The discoverer of a signal should, for the purposes of independent verification, communicate with other signatories of the Declaration before making a public announcement, and should also inform their national authorities.

Once a given astronomical observation has been determined to be a credible extraterrestrial signal, the astronomical community should be informed through the Central Bureau for Astronomical Telegrams of the IAU. The Secretary-General of the United Nations and various other global scientific unions should also be informed.

Following confirmation of an observation’s extraterrestrial origin, news of the discovery should be made public. The discoverer has the right to make the first public announcement.

All data confirming the discovery should be published to the international scientific community and stored in an accessible form as permanently as possible.

Should evidence for extraterrestrial intelligence take the form of electromagnetic signals, the Secretary-General of the International Telecommunications Union (ITU) should be contacted, and may request in the next ITU Weekly Circular to minimize terrestrial use of the electromagnetic frequency bands in which the signal was detected.

Neither the discoverer nor anyone else should respond to an observed extraterrestrial intelligence; doing so requires international agreement under separate procedures.

The SETI Permanent Committee of the IAA and Commission 51 of the IAU should continually review procedures regarding detection of extraterrestrial intelligence and management of data related to such discoveries. A committee comprising members from various international scientific unions, and other bodies designated by the committee, should regulate continued SETI research.

In additjon to IAA’s initial effort is the “Proposed Agreement on the Sending of Communications to Extraterrestrial Intelligence,” which advocates for an international commission of all nations that would decide whether to send a message to the extraterrestrial intelligence, and if so, the contents of the message on the basis of human principles. Presumably this commission would approach the confirmation of current alien presence on earth with similar guidelines. The draft seeks to prevent action by an individual nation or organization without the permission of the commission, and suggests that the United Nations Security Council should authorize any message to extraterrestrial intelligence, especially if possible hostility is expected. None of these proposals or guidelines have any backing by national or international law.

Contact with aliens, or confirmation of their presence without direct contact, will be a monumental event for humanity. It will disrupt, unify, divide and incite. But perhaps we can learn from the current pandemic, and the scarce analysis on this issue that now exists, for the need to plan (at least a little) for very unlikely, but highly consequential, possibilities.